The Ulysses Club of New Zealand

The Ulysses Club for older motorcyclists, one of the largest organizations of its kind in New Zealand, is now a familiar part of this country’s riding scene. The original suggestion for a club for over 50’s motorcyclists was put forward in a letter by Stephen Dearnley published in the August 1983 issue of Bike Australia.

Stephen had initially responded to some comments by ‘Wrench McTaggart’, aka Grant Roff, who had suggested to an over 50’s rider; “Hasn’t anyone ever told you about growing old gracefully …”

This drew two significant responses: one from Rob Hall, a reader at Albion Park NSW, who suggested the present name and motto for the club: the other from Peter Thoeming, then the editor of Bike Australia who sketched the logo and offered support from his magazine if Stephen could get the club off the ground. This was done at an inaugural meeting in Sydney on 6th December 1983 when the five people present approved a basic constitution and the Ulysses Club was duly formed.

From that tenuous beginning it has never looked back and the club now boasts a large and extensive network of members throughout Australia, New Zealand and several other countries.

Founder of the Ulysses Club

The name comes from a poem of the same title by Alfred, Lord Tennyson. It tells how the great Greek hero Ulysses, now middle-aged and securely in charge of his kingdom of Ithaca, is getting bored with things around him and longs to go adventuring again with his shipmates of old. It describes very well indeed the sort of person who still has enough spark to go on riding into middle and later years.

Too long to quote here, you will find it in any good poetry anthology such as the Albatross Book of Verse.

The club publishes a quarterly magazine, Ulyssian, which includes information about forthcoming events, a forum for members’ news and views and carries articles on topics of interest to members.

The club has grown to 30 branches spread throughout New Zealand, and now has over 3000 members. Branches arrange rides and social functions for the club members in their location. By joining the club, a member can attend any branch meeting, branch ride or function of their choice. As well, there is the founding club in Australia, sister club in South Africa, and fledgling branches of the club in Canada, Germany, and hopefully in the near future the U.S.A. and U.K.

Each year, club members from all around New Zealand, as well as some from overseas, travel to the designated location for the Annual General Meeting, an event that has grown from a campover, meeting and meal of the early days, to a major event spanning over a weekend, and incorporating involvement by the major motorcycle manufacturers and suppliers putting on trade displays of the latest machinery, Friday and Saturday night social events, and official meetings and ceremonies.

Throughout the year, members raise the club banner at rallies and events around the country as a focal point where members and their friends can join in good companionship. Our “Old Man” logo, which has been preserved from its original hand drawn form as our registered trademark, is recognizable throughout the country and club members wear it with pride. 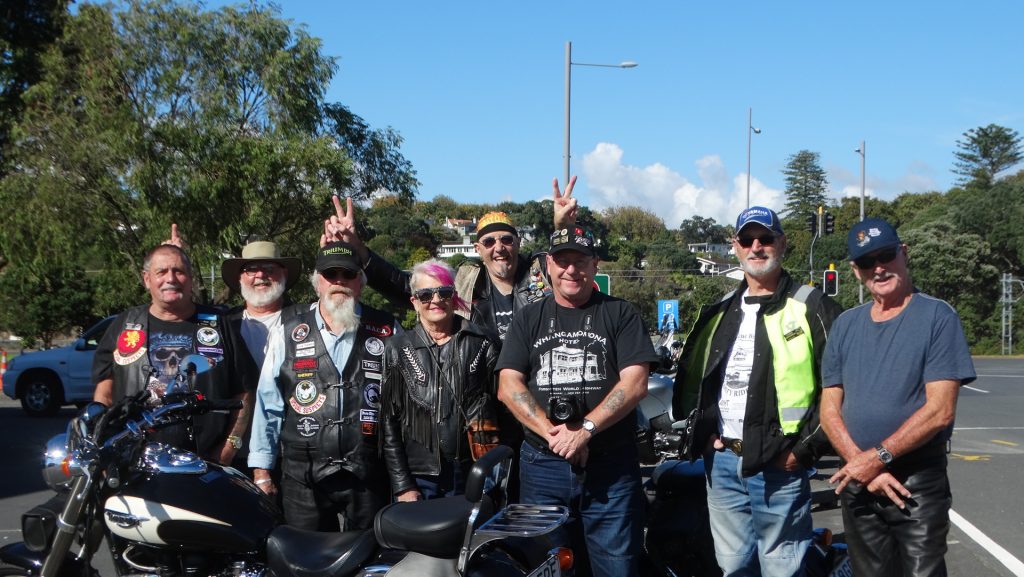